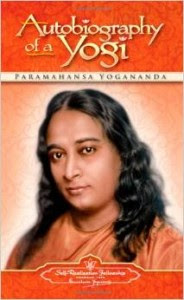 A few of us having been talking about having inspiring movie nights from time to time.

I've just been lent a new movie, Awake - the life of Yogananda and so we're going to have a special screening on Friday 15th July at 7pm at Bulli Community Centre (in the lounge upstairs to the right).

See below a summary of the film.
If you'd like more info about the movie Click here.

Bring a plate to share for supper during the evening. Everyone welcome.
Hope to see you there
Sue

"Using a seamless mix of re-creations and fascinating true footage, this very even-tempered documentary takes its audience all the way through a saint's life, from his first sensations in the womb to that moment in 1952 when, having recited a poem to a large crowd at the Biltmore Hotel in Los Angeles, he exited his body just like that....In between those events he changed the Western world." – From the Maui Film Festival website
AWAKE: The Life of Yogananda is an unconventional biography about the Hindu Swami who brought yoga and meditation to the West in the 1920s. Paramahansa Yogananda authored the spiritual classic “Autobiography of a Yogi,” which has sold millions of copies worldwide and is a go-to book for seekers, philosophers and yoga enthusiasts today. (Apparently, it was the only book that Steve Jobs had on his iPad.) By personalizing his own quest for enlightenment and sharing his struggles along the path, Yogananda made ancient Vedic teachings accessible to a modern audience, attracting many followers and inspiring the millions who practice yoga today.
Filmed over three years with the participation of 30 countries around the world, the documentary examines the world of yoga, modern and ancient, east and west and explores why millions today have turned their attention inwards, bucking the limitations of the material world in pursuit of self-realization.
AWAKE is ultimately the story of humanity itself: the universal struggle of all beings to free themselves from suffering and to seek lasting happiness.